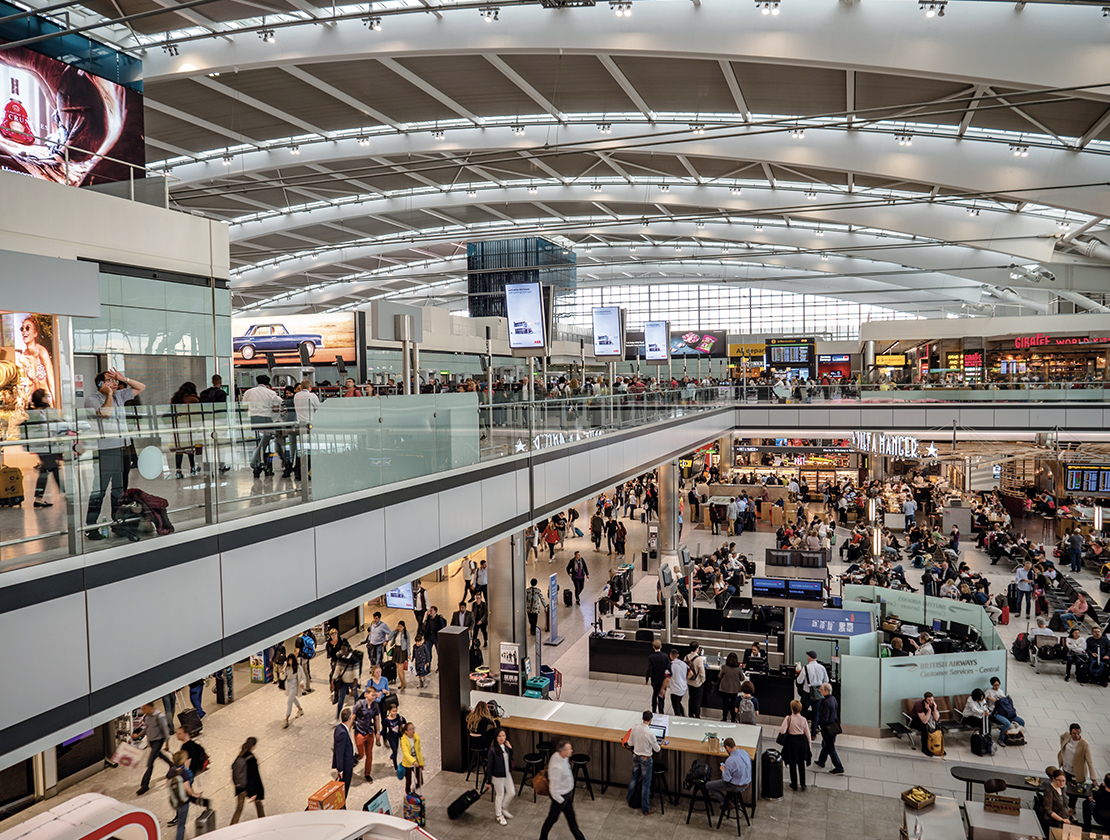 The worsening coronavirus outbreak in China has already had a devastating impact on the global travel retail business. With the Chinese government cancelling outbound flights from Wuhan, the Chinese city at the epicentre of the outbreak, and many international airlines such as British Airways, Delta, KLM and Qatar Airways halting all flights to mainland China, 2020 is already shaping up to be the worst year for travel retail since the outbreak of SARS in 2003.

Chinese travellers have been the main driving force behind duty-free sales growth over the past two decades with more than 50 per cent of international Chinese travellers shopping in duty-free, more than double the global average. My inbox in January is usually inundated with releases connected to the Chinese New Year celebration, a peak travel period, but such launches have been thin on the ground this year for understandable reasons.

One release worth mentioning is a limited-edition, travel retail exclusive version of Dewar’s 18 Years Old presented in a gift box celebrating the Chinese New Year of the Rat. Priced at around $99.99 (£75), the limited edition gift box is available at a wide range of Asian airport locations including Bangkok, Dubai, Jakarta, Manila, Seoul, Taipei, Hong Kong and Shanghai. How many of these gift boxes actually get sold is another matter in the current climate, of course.

Back in Europe, most flights continue to operate as normal for now, but the impact of coronavirus could well be felt globally before long.

Returning to matters whisky related, Heathrow continues to bolster its reputation as one of the best airports for whisky collectors with a new Heathrow-exclusive Craigellachie expression. Craigellachie 39 Years Old was distilled in 1980, aged in a refill Bourbon hogshead barrel and bottled at a cask strength of 51.5% ABV.

Craigellachie 39 Years Old is limited to just 138 70cl bottles which are available at all four of Heathrow airport’s terminals at World Duty Free stores, priced at £3,499.99. Sales have been brisk since its launch so time will be of the essence with this new release.

Expect notes of charred pineapple, soft oak and toasted cereal on the nose and palate. This rich, complex whisky has no caramel colouring added and is non-chill filtered.

Anyone purchasing a bottle will be entered into a competition to win a luxury trip to Scotland.

The prize will include a Craigellachie whisky pairing dinner in Edinburgh and a personally guided tour of the capital’s tops bars before being chauffeured to Craigellachie for a behind-the-scenes tour of the distillery, which is usually closed to the public. The trip is completed with an overnight stay at the luxury Craigellachie Hotel, renowned as one of the world’s best whisky hotels.

In recent issues, I have written extensively about The Macallan’s new stand-alone stores at London Heathrow Terminal 5, Taiwan Taoyuan and Dubai international airports.

Now they’ve been open a while it’s refreshing to see that the mix of whiskies available at these shops is going to be regularly augmented with new limited-edition releases such as the new addition The Macallan Folio series. This growing collection celebrates historic past advertising campaigns for The Macallan.

The Macallan Folio 5 features a label depicting a ‘Luggy Bunnet’, a hunter’s cap, and the words, “keep this knot firmly tied”.

The image relates to a scene with a group of friends after a day’s shooting in Scotland. One sportsman talks of a so-called “disaster” when he was unlucky enough to miss the opportunity of the offer of a dram of The Macallan from the Laird because his hat covered his ears.

According to The Macallan master whisky maker Polly Logan, Folio 5 features “a rich nose of dates and fresh figs, with vanilla toffee, gentle ginger and polished oak throughout, while on the palate sweet raisin and dates mingle with warming ginger and wood spice to vanilla crème brûlée.”

The finish is “medium and sweet with ginger and figs”.

Priced at £250, The Macallan Folio 5 bottling comes accompanied by a special booklet commemorating the brand’s vintage advertising, which in turn is presented in an attractive book-shaped tin.

This peated, cask-strength release from the famed Caperdonich Distillery in Speyside is part of an impressive Secret Speyside Collection that Chivas Brothers has put together for the travel retail sector.

Matured in oak hogsheads, Caperdonich 25 Years Old Peated is bottled at cask strength (45.5% ABV) and boasts rich notes of peat smoke which are balanced by green apple, sweet pear, bonfire aromas and a hint of salt, leading into a long and smooth finish. Priced at around $550 (£460), Caperdonich 25 Years Old Peated is available at selected airports globally.

This quirky release from Royal Salute late last year slipped under my radar, but as the first blended grain whisky to be released by the brand since its launch in 1953, it is worth highlighting.

Royal Salute 21 Years Old Snow Polo Edition, the third expression in the whisky’s annual Polo Collection, contains grain whiskies used in the traditional Royal Salute blend which have been predominantly aged in American oak barrels. It is bottled at 46.5% ABV, which matches the latitudinal coordinates of St Moritz, the birthplace of snow polo.

0 comments on “The viral effect”