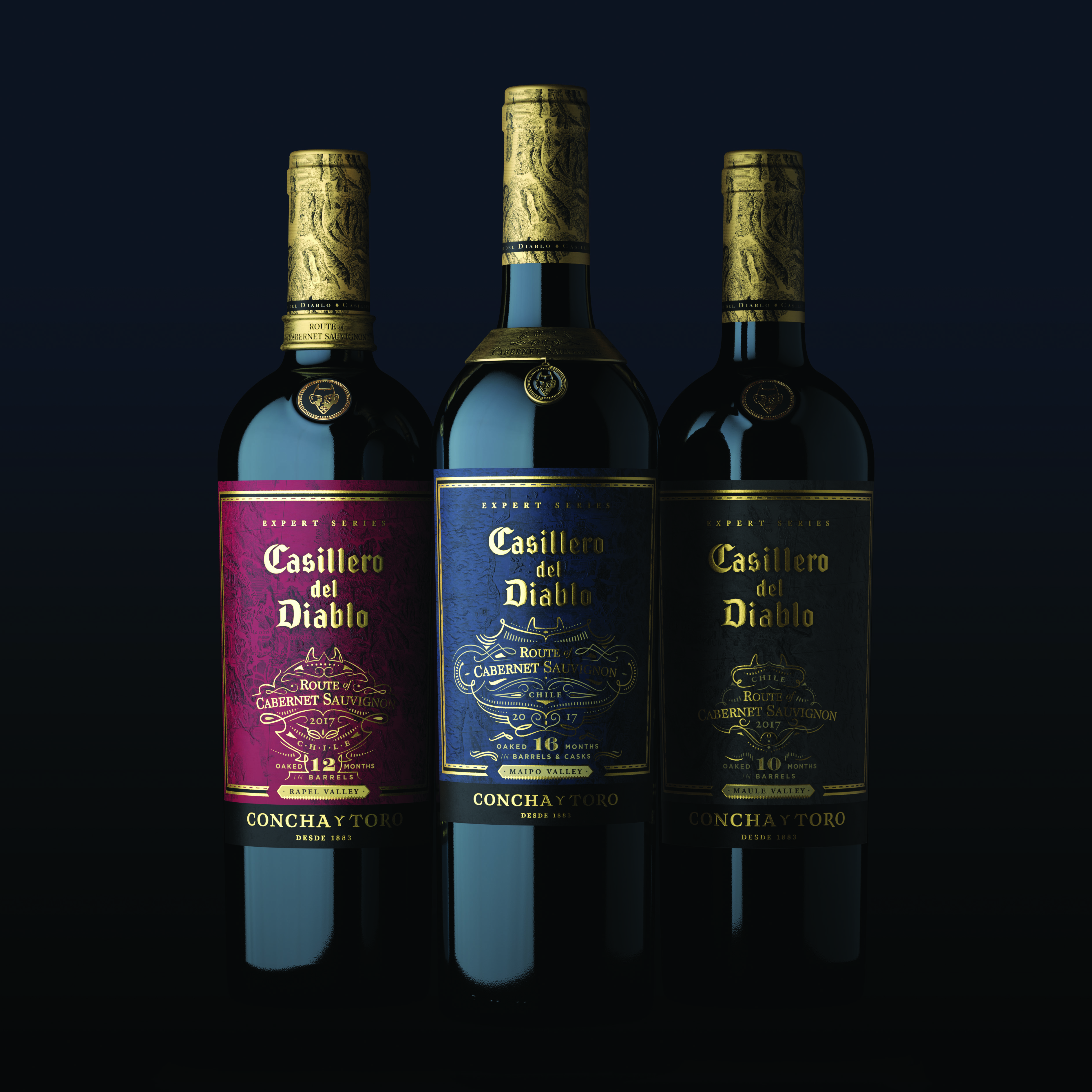 Chile’s Casillero del Diablo is one of the world’s most celebrated wine brands; Kayleigh Rattle takes a closer look at its history, visitor opportunities, and its new travel-inspired range

A combination of top-quality grapes, fantastic wine-growing conditions and expertise of its viticulturers and enologists make this Chilean wine producer a world-famous success. That, and the fact that – according to mythology – Casillero del Diablo wine is said to be guarded by the devil. Mythology aside, the successes of this world-leading wine brand more than speak for themselves; Casillero del Diablo has been recognised for two consecutive years as the Second Most Powerful Wine Brand in the World by the English consultancy Wine Intelligence. Not only that, but it has also firmly cemented itself as one of the most famous Chilean wine brands out there, with a presence in more than 140 countries. Here, we take a closer look at the brand, plus the opportunities for visiting its vineyards and cellars in person.

On top of being world-famous, Casillero del Diablo has a strong heritage. It’s also shrouded in a well-known legend which originated more than 100 years ago, when Don Melchor Concha y Toro, founder of the winery, reserved an exclusive batch of the best wines they produced for himself. To keep strangers away from this special private reserve in his cellar in Pirque, he spread the rumour that the devil resided there. From then on, and much to Don Melchor’s delight, his precious wines ceased to be looted. To this day, it’s still believed that Casillero del Diablo wines are protected by the devil, and the myth has very much become an integral part of the brand as we know it today.

Given how respected and celebrated Casillero del Diablo wines are, it’s hardly surprising they’re considered to be protected. The brand’s wines are produced in some of Chile’s most recognised wine valleys, including the Maule, Rapel and Maipo, and Concha y Toro’s winemakers are always on the lookout for the best places for grape production in order to maintain the quality of its wine. It also helps that Chile’s geography and climate – and ultimately, terroir – are incredibly favourable to the production of the wine.

In all, Casillero del Diablo uses more than 10 varieties of grape in its winemaking, ranging from the most traditional, such as Cabernet Sauvignon, to more exotic varieties such as Carmenere – all of which you can find out about in detail, and even try for yourself, if you visit its winery.

Chile is one of the world’s top wine producers, so it’s no surprise it attracts visitors in their droves, especially when you consider the country’s incredible scenery and wildlife, too. But while Casillero del Diablo wines may be shrouded in myth and legend, it hasn’t stopped tourists and travellers alike from visiting; the Concha y Toro vineyard is frequented by more than 200,000 people annually, making it one of Chile’s top-visited attractions, particularly when it comes to wine.

Located just over an hour from Chile’s capital, Santiago, the Concha y Toro vineyards offers plenty to see and do, and a number of tours to choose from. Activities include exploring the gardens of the historic Concha y Toro family, visiting the original Pirque vineyard and exploring the cellars – including where Don Melchor de Concha y Toro stored his legendary wines. You can naturally expect plenty of opportunities for wine tastings, too; there’s also a wine bar and wine shop on-site, and a restaurant should you need some sustenance between all of the exploring and imbibing.

Find out more about the tours on offer at: https://reserva.cyt.conchaytoro.cl/cytWP

As Diego Baeza, global travel retail and duty-free director at Viña Concha y Toro explains, this new launch has the discerning traveller in mind, “The launch of the Route of Cabernet Sauvignon marks a tremendous milestone for Concha y Toro and our flagship Casillero del Diablo brand. For the first time in our history, we have produced something exclusively for travellers – something original, storied and of exceptional quality. This is a confident step in Concha y Toro’s travel retail journey, and we’re very excited about our fantastic wines bringing new energy to the channel and helping to drive wine category growth.”

The range launched exclusively at Changi Airport in April this year, but has subsequently rolled out across Hong Kong, Abu Dhabi, Hanoi and Ho Chi Minh airports over the past few months, with more launches to come. In addition to these new bottles, the launch also features Casillero del Diablo’s limited edition Leyenda Cabernet Sauvignon. ‘Leyenda’ – which translates as ‘legend’ – has been sourced from Pirque, in the heart of the Maipo Valley. Not only that, but the grapes are from the best block in the Concha y Toro family’s oldest vineyards. It’s definitely one for wine collectors, travellers, and for anyone curious to find out for themselves just why the devil is said to be so invested in this wine.

0 comments on “A taste of Chile”